The 21st edition of the FIFA World Cup will be held this year in Russia, from the 14th of June to 15th of July. The 2014 event, in Brazil, was tuned into by 3.2 billion people worldwide using private devices, while 280 million fans watched the matches online or on mobile devices. All told, well over one billion people viewed the Argentina versus Germany final for at least one minute, either on on household TVs or at public-viewing venues.

The number of people who will be following the FIFA World Cup this year is set to climb even higher this year. Many spectators and fans have decided to watch the matches at home on a screen with friends and family – or alternatively, to thrill to cheer on their favorite team along with hundreds of other fans, at public-viewing venues. The organizers of such events need to do a considerable amount of prepartory work, beginning with finding the right projector for the screen being used. InFocus did a side by side comparison of the various HD projectors, with a view to determining which devices are best for a given usage scenario.

Professional-quality projection for large-scale events using the IN5550

With up to 8300 lumen, six interchangeable lenses, two interchangeable color wheels and a host of connection options including 3G-SDI, the IN5550 is the perfect projection solution for public-viewing venues. 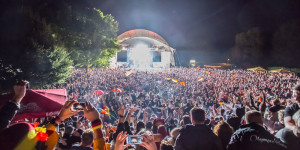 Thanks to a maximum resolution of 1920×1200, this projector will ensure that FIFA World Cup enthusiasts won’t miss a single detail of the matches.

For large-scale events such as the World Cup, the largest possible screen is normally used, or the match is projected on a suitable wall. But in such cases, it can sometimes happen that the projection surface isn’t completely even. But even in such situations the IN5550 renders an impeccable image, thanks to trapezoid correction, rotation and convex distortion and corner-position adjustment.

The IN5148HD is the ideal solution for watching soccer games in bars, or for top-notch home viewing with friends and family. Thanks to the IN5148HD’s large projection ratio of 1.49 – 3.02:1, its motorized lens-shift function and its focus and zoom settings, the device is ideally suited for a whole range of projection venues.. 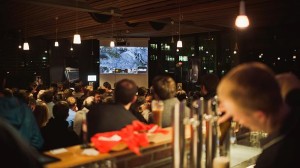 The device’s native 1080p resolution allows for optimal projection results featuring clear, sharp pictures, even in ambient light. Thanks to the IN5148HD’s 12000:1 contrast ratio , it can project the green of the turf and the colors in the stands in exquisite detail and color gradations.

Quality that pays off: the IN119HDx for projecting small events out of doors

The IN119HDx is the best full HD project currently available, for its category and quality class. With 3200 lumen and a 15000:1 contrast ratio, this projector is the ideal solution for enjoying soccer matches with friends out of doors, in your own back yard. 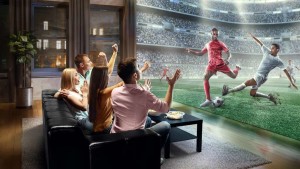 Thanks to the IN119HDx’s widescreen resolution, the World Cup matches can also be projected on a PC or notebook.

The projector’s built-in speakers and 3.5 mm audio-out port allow crisp , clean audio of a given match to be enjoyed directly via the projector, or via a home stereo system. And because the device is equipped with an RS232 port, it can be integrated into a room management system such as Creston.

Regardless of the size of the event you’re planning to view via a projector in the near future, the first step to perfect enjoyment is to select the right projector for your situation.